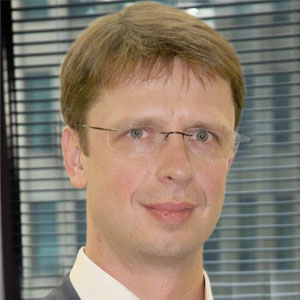 Evgeny Kaplin, Co-Founder and CEO
The opportunities for micro, small and medium enterprises (MSME) in the global marketplace and value chains are enormous, along with exposure to a large customer/buyer base and a worldwide presence. Yet, an estimated 400 million MSMEs are excluded from global trade due to many barriers and capacity constraints owing to their small size. With a goal to revolutionize trade finance, four colleagues at MIT began a project in 2016, which lead to the establishment of ModulTrade. “By democratizing global trade with Blockchain, our solution allows MSMEs to participate in trade worldwide,” states Evgeny Kaplin, Co-founder and CEO of ModulTrade. The company offers end-to-end services for the entire business-to-business cycle.

One of the main challenges for trade is the “question of trust at an affordable cost” between the parties engaged. “ModulTrade’s smart-contract platform (MTP) replicates financial trade instruments, such as letters of credit and bank guarantees, to offer participants a trustworthy and cost-effective service,” states Jean Chaanine, co-founder and COO of ModulTrade. Once a buyer and seller create a smart contract with MTP, the goods are transported with a tracking number and funds are delivered upon successful delivery. An estimated 56 percent of trade finance proposals from MSMEs are rejected in contrast to 7 percent for large enterprises. High entry costs and poor customer experience involving complicated manual processes, long wait times with low transparency, and a relatively high residual settlement uncertainty has deterred MSMEs from participating in global trade. MTP provides the same functionality to MSMEs at a negligible price as compared to the 4–15 percent transaction cost charged by banks.

ModulTrade Crypto token (MTRc), an offering of ModulTrade, is an efficient instrument of value exchange, along with fiat currency and other crypto currencies like Bitcoin and Ethereum. Furthermore, “MTP will include access to third-party services like logistics, trade financing, insurance, customs brokerage, and tax issuing,” states Karthikeyan Kaliyaperumal, Co-Founder & CTO of ModulTrade.

He adds “the underlying Ethereum platform will enable us to open our marketplace/ ecosystem with reduced cost”. The use of Blockchain technology brings security and reliability to the MTP platform, for all parties involved in the trade. ModulTrade’s user interface was selected from the results of a designer challenge held between ten competitors on Topcoder, a company that administers contests in programming.

ModulTrade’s multicultural and multidisciplinary team is working from the two sides of the Ocean to build a value ecosystem (MVE) which is a digital network structure that is real-time, global, connected, digital, and cost-effective, with features to support fintech solutions developed by third parties. This will enable MSMEs to increase revenue and reduce costs of global trading while subsequently allowing third-party developers and service providers to target a wider client base. The priority of MVE is to reach a critical mass of users to enable self-maintained growth for maximum profits. “We decided to conduct a token sale to attract participants and early adopters and establish MTRc for use within MVE,” explains Kaplin.

“Trading is becoming more complex, it is not limited to buyers and sellers, but it is an ecosystem where various parties contribute to the process,” states Chaanine. While the MTP has simple features like “meet, commit, and execute processes,” ModulTrade plans to launch its full range of features soon, where users will receive end-to-end services to execute trade easily and efficiently. The company plans to provide cross-border trade capabilities in the UK, Italy, and Germany in the near future, and also expand in Asia and the U.S. 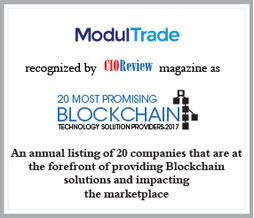