What Will The Assets Of The Future Look Like?

What Will The Assets Of The Future Look Like? 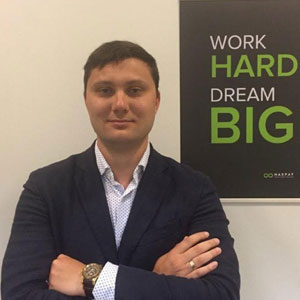 The Internet has fundamentally changed almost every industry. Whether it was Google providing hyper-efficient search results, online tracking facilitating supply-chain management, or Apple digitizing the distribution of media and communication, there are very few things that we do the same today as how we did them twenty years ago.

One area that has lagged in innovation is the financial services industry. While money is inherently a conservative market many predicted that they would innovate quickly or be replaced. This has proven not to be the case as banks and insurance companies are still in command of all five sectors of finance—lending, capital markets, insurance, asset management and payments.

That is not to say that there are not a plethora of potential game-changers in the works to take on the giants of the industry. These innovative products and startups may set the standard for the revolution in the financial industry in the same way that YouTube and Netflix have changed the way that we consume video content.

We have seen an attempt by key players to digitize some of the front-end processes of the financial industry, such as on-boarding, distribution, sales, and underwriting, but we are just beginning to see the digitization of back office processes. The real change will happen when they begin to reevaluate the very concept of money and assets themselves.

Bitcoin, for example, changes the very idea of what money is and how it is traded. Not only does it allow people to anonymously trade digital currency, but it also allows them to efficiently make micropayments without the risk that someone could artificially inflate or deflate the money supply. While bitcoins themselves are still viewed as a curiosity, the underlying technology, the blockchain, is taking the financial world by storm.

Perhaps the most enticing aspect of the blockchain is that it provides a secure path to transparency. Anything that can be expressed digitally can be securely stored in a way that is completely transparent to everyone who uses the platform.

Sweden has already started testing a system that would allow the country to completely digitize their land titles process. Real Estate is an especially apt candidate for the process.

Not only could the titles themselves be digitized and defined within the blockchain, but the current process of verifying land ownership, placing necessary funds in escrow accounts, and hiring lawyers to confirm and reconfirm contract details takes months to complete.

By entering the land titles into a blockchain and digitizing the contracts themselves, the process could be shorted to a matter of hours, rather than the current system that can take months, and cost thousands of dollars to complete a single land transfer.

The advocacy group IBREA has a large LinkedIn community and has been calling for an overhaul of the currently archaic system used throughout most of the world. According to their mandate, “Performing payment, escrow, and title on the blockchain will take real estate from the 17th to the 21st century. By using Bitcoin, we can reduce costs, stamp out fraud, speed up transactions, democratize investing, increase financial privacy, internationalize markets, reemphasize equity, and make real estate a liquid asset.”

Real Estate is not the only service that is in desperate need of the transparency and liquidity that the blockchain can provide. Since 1971, the NASDAQ has tried to harness technology to increase liquidity of financial assets. Compared to in-person auction trades that happen in the NYSE, NASDAQ trades are all electronic. Now the exchange wants to take it to the next level and put the stocks themselves onto a blockchain. This would allow traders to instantaneously and transparently move assets directly from buyer to seller without involving an exchange house, while maintaining the security of the transaction. This fundamental shift in what stock is and how it moves from person to person could not only open the market up further to individuals, but also democratize the governance of the companies that they are issued from, for example, by allowing shareholders to regularly vote digitally on key issues.

These are not the only assets that will move to the blockchain. Ascribe is a company that “lets you share your work knowing that your authorship claim is secured and enables buyers to collect and truly own your digital work.”

As these new technologies gain consumer confidence the real revolution in the financial industry will begin to unfold. The era when banks and governments control the value and exchange of assets is coming to a close. In the same way that a few major networks that used to control the news and entertainment that we consumed are being replaced, the centralized banks that control the way we acquire and store assets are being subverted.

What will it look like? I don't know, but I am sure that when we look back twenty or thirty years from now, it will be as foreign as driving down to Blockbuster to rent the movie of the week.

Challenges Over The Past 18 Months

Security Architecture In Theory And In Practice: Why Security Should...

How Wi-Fi 6 Will Seamlessly Integrate With 5g