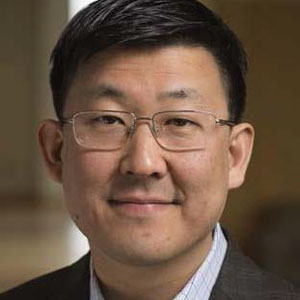 Remember when you sent your first email in the 1990s? Could anyone have imagined twenty-five years later that same internet would be the foundation which supports the largest businesses in the world? Our lives and our society have experienced profound changes when compared to the pre-internet days. Post-internet, behavioral changes are everywhere. For example, we shop online at Amazon, we search for information on Google, and we communicate via email and chat. Truly the internet has changed the way that we behave and all that we could do, the first go around, was based largely on sending information.

However, up to this point in human history work has not changed much since the hunter-gather age of humanity. For 1,000s of years, humans ware hunter-gathers, for 100s of years work was oriented around farming. Fast forward to the industrial age and the information age and one thing remains constant about the tools used to produce or accomplish something. Work has been performed and supported by passive tools. Tools that need to be dictated to. Performance of the tool is reliant on an input or an action.

Sure the tools we’ve used to execute work have made humanity more efficient and effective but the capabilities that have existed to this point in time have not given us the ability to really test our imagination, operationalize intuition, or automate genius. It is safe to say, without contention that we’ve entered the Augmented Age of Humanity. Operationalizing intuition, genius and imagination is now not a distant possibility it is the reality of how we will work. The rote business process has been automated by narrow-based AI solutions and thus the higher complexity functions of contextualizing knowledge and expertise across industries and technologies remains a premium skill set.

It is safe to say, without contention that we’ve entered the Augmented Age of Humanity. Operationalizing intuition, genius and imagination is now not a distant possibility it is the reality of how we will work​

Organizations that recognize this and pivot toward generative tools or value exchange will shape the future of the augmented age and organizations that don’t recognize this will be historical references in Wikipedia. When we originally drafted this article we wrote that “we now stand at the precipice” however we quickly realized that humanity is not standing on a precipice rather it is rapidly sliding down the steep cliff. Augmented capabilities that are impacting our daily lives are quickly allowing companies to redefine value by offering generative tools that allow leaders, employees, individuals, citizens, etc. to test their imaginations, to operationalize intuition and genius, and to recreate the way we live.Jose Arrieta, Adjunct Professor, Johns Hopkins Carey Business School

The blockchain is the basis for successful transformation to the augmented age. But this time what you will send is your first digital-value. So put it into your memory when you send your first Bitcoin (BTC) or Ether (ETH). This will be the beginning of one of the most fascinating changes in the history of humanity, equivalent to discovering how to make fire, the development of the wheel, creation of paper currency, and the creation of the personal computer. The difference is that blockchain will facilitate the restructuring of existing industries and the creation of a new industry that has never existed before. That disruption will be based on the same internet that jettisoned our society forward in the 90s. How will it happen? That’s easy, it’s already happening with blockchain!

The blockchain has solved the elusive double-spend problem and now we can send, only once, value over the internet. That is the definition of blockchain that our students will learn in university courses around the country this year. More importantly, the blockchain coupled with cloud computing has allowed us to push value and decision making to the individual level, or the edge of the network, in an organization or society as a whole at a very low cost. While we can send digital-value across the same internet that once was used to send only information. We can also reshape whole industries on the basis of decentralized-distributed data and decision making that occurs without the need for a third-party intermediary.

The current structure of the industry is based on centralized intermediary lowering the cost associated with products and services for individuals. The cost associated with delivering services in this model is connecting buyer and seller. However, future business models can now focus less on connecting buyer and seller and more on creating and incentivizing trust between buyer and seller and providing behavioral insight into the way the business network is behaving. Here we discuss one implication of the blockchain and how we think this technology in conjunction with other will change the way business and organizations will behave in the future.

It may appear arrogant and a bit too bold, at this time, try to make any predictions about the future. But in this work, we throw caution to the wind, in part to stir debate and engage our community, to think about the possibilities.

The Sustainable Side Of The Internet Of Things

The Evolution Of Commercial Office Developments Through Digital Twin