Blockchain: A Solution to Critical Challenges in Multiple Industries

Blockchain: A Solution to Critical Challenges in Multiple Industries 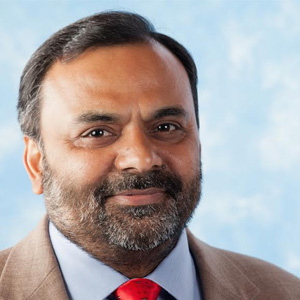 Critical infrastructures like energy sector face many challenges. One of the top problems is cyber-attacks for various nefarious reasons. Even oil and gas industry is a target of similar cyber-attacks. In oil and gas industry there is the integration of operational technologies and information technologies happening that is also increasing the complexity of secure operations. Furthermore, the data sharing in oil and gas industry is challenging, highly controversial and a limiting factor for transforming the industry, through innovative solutions. The lack of data provenance and information provenance adds further complexity. But there is emerging solution used by other industries based on the Blockchain technologies. So, what is Blockchain?

How can Blockchain play a role in critical infrastructure industries? There are three main characteristics of Blockchain technology that define this resource and allow it to be an efficient resource for industries to use. The first characteristic is that it is a decentralized system. Decentralized systems allow storage of assets in a network with access and control all throughout the internet. Decentralized systems also do not rely on multiple components; therefore, they are less likely to fail because there is no reliance on previously existing mechanisms. Blockchain technology is also durable and attacks resistance because there is no central point of control; therefore, it is much more difficult for there to be a breach of data.

Blockchain technology allows information to grow and attach to itself without a loss of data; therefore, it remains in the same state throughout the network

The third characteristic, which could be considered crucial especially at a time when cybersecurity is a growing concern, is that Blockchain technology can lead to a more secure and to a safer system. Trying to alter data on a Blockchain requires large amounts of computing power; therefore, trying to corrupt the system would not be easy. Another important aspect of Blockchain technology is that the data is embedded in a network, which makes it transparent. 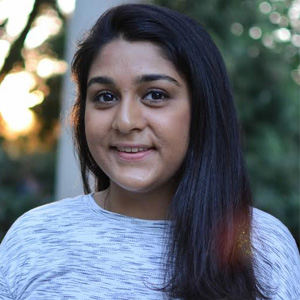 The oil and gas industry is already adopting big data analytics to increase efficiency and productivity on an on-going basis, within the constrained data governance and accessibility, as it exists today. The use of Blockchain can transform the oil and gas industry to reach its goal to be compatible to Industry 4.0, at a much faster pace. For example, leveraging Blockchain, the oil and gas industry can use Smart Contracts, thus reducing time to execution, speeding the time to generate economic value for parties in the contract. Block chain can further provide speed in solving hard to solve problems of the industry, should a consortium be able to integrate knowledge from encrypted data from multiple contributors without violating the terms and conditions of the data governance. As oil and gas industry moves towards implementation of Internet of Things, Sensors, it will have hundreds of protocols exchanging information, Blockchain will be able to keep the veracity in the data, and allows one to make decisions intelligently. The oil and gas industry can learn from other industries like finance and defense.

The healthcare industry has been rapidly changing over the years as well. From generalized care to patient-specific care, big data has played a role in that shift. Blockchain technology can also play a major role in how healthcare continues to grow and transform. Currently, in the healthcare industry, there is information being stored on multiple software’s and facilities, all which are not connected by any means. There is no sharing of data or information across these. Blockchain technology would streamline all medical record in a secure format that would protect private data from hackers and allow patients to have more control over their personal information.

Currently, for example, if a patient is transferring from one doctor’s office to another, there is a significant amount of paperwork, online or physical, that needs to be done for medical records to be transferred over. However, with Blockchain technology, if a doctor is seeing a [new] patient, they will be able to view their record, from administered vaccines to prescribed medications to major and minor injuries and surgeries, with little to no hassle because that information is permanently embedded in the streamlined network. All that information will be at the doctor’s disposal to treat the patient to the best of their knowledge and ability.

The future of Blockchain technology will continue to grow into various industries as it is rapidly proving itself to be an extremely effective and important resource in streamlining and securing data.

Rewriting The Rules On Global Payments With Localized Payment Methods

Marketing & Sales Technology In B2b –An Overlooked Accelerator For...